Would you like to receive DawgNation news alerts? Excellent! News alerts will be displayed in your browser.
Jeff Sentell
@jeffsentell
Posted 5 years ago

ATHENS, Ga. — Ok, that’s a ridiculous headline. I get that. Are there any records for such a thing?

Let’s continue the comedy act for one more line: There wasn’t a player who stood out more than John Krahn at the Kirby Smart camp on Saturday. Duh.

All I know is I saw 23-year-old Georgia graduate transfer Tyler Catalina at that camp standing next to a high school kid that made him look well … sort of on the small side.

Pretty sure no one ever saw that coming in Athens.

The 6-foot-6, 325-pound Tyler Catalina didn’t look all that strapping standing next to Krahn. Krahn made national news last fall by earning the mantle of the “biggest man in football” because of his 7-foot, 440-pound frame.

His arm was placed in a sling with an unknown injury. It is good to know that the UGA sports medicine staff has an apparatus that big.

The California native recently moved to Georgia Prep Sports Academy to further enhance his college chances on the next level. It also looks like he cut a little weight, too.

Check him out in the gallery below: 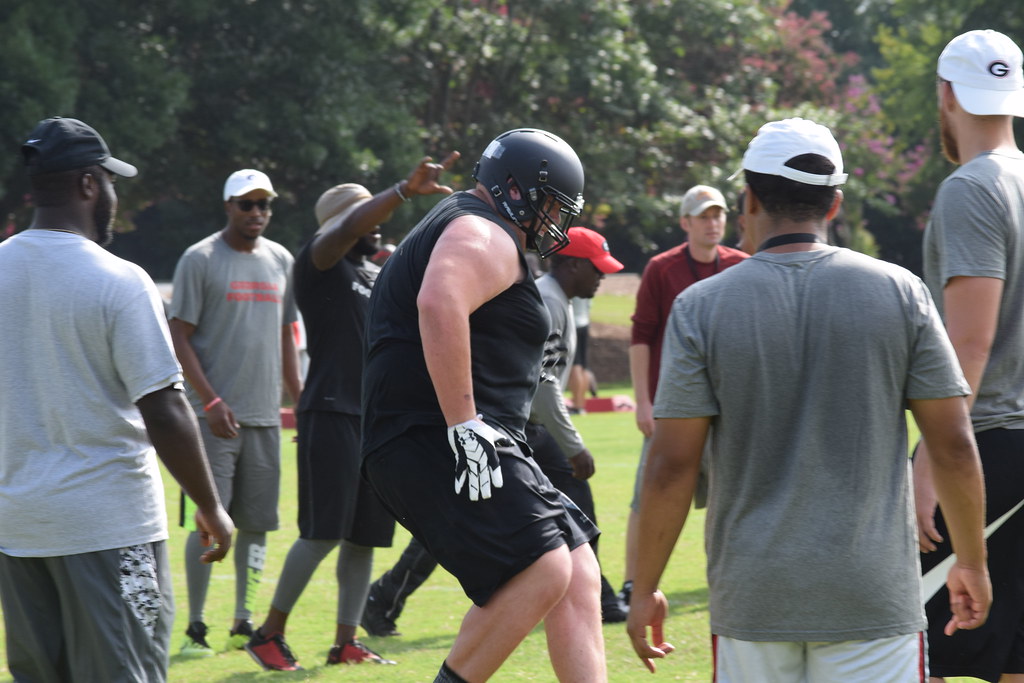 Jeff Sentell covers UGA football and UGA recruiting for AJC.com and The Atlanta Journal-Constitution. Follow him on Twitter for the latest on who’s on their way to play Between the Hedges. Unless otherwise indicated, player rankings and ratings are from the 247Sports Composite.

NEXT Gallery: Malik Herring, Jeremiah Holloman and Tyreke Johnson were the big targets on Day 2 of Kirby Smart Camp
More from:
Jeff Sentell

We have a new way to comment on our DawgNation stories. To do so, you must be a registered user on the DawgNation forum. If you haven’t registered, please go to the Forum homepage on DawgNation and look for “register” on the right side.
Micah Morris
Camden County, Class of '21
Kingsland, Georgia
T
6-5, 320 pounds
Signed: