Would you like to receive DawgNation news alerts? Excellent! News alerts will be displayed in your browser.
Jeff Sentell
@jeffsentell
Posted 5 years ago

ATHENS, Ga. — There used to be a thing called “Dawg Night” when it came to summer recruiting fireworks for Georgia. The previous staff hosted a prospect camp and last summer the attendees swelled to well over 700 campers.

Britt actually worked out. The day also offered the chance to check out how the new revamped UGA weight room is changing the bodies of the team. There are fresh looks at freshmen Jacob Eason, Brian Herrien, Elijah Holyfield, Jaleel Laguins, Isaac Nauta and Tyler Simmons.

Eason really doesn’t look skinny anymore as he’s weighing in at 242 pounds. The staff wants him at 245 this fall.

There’s also a couple of snaps of what will be the most talked-about forearm in Georgia over the next two months. UGA junior tailback Sony Michel made an appearance at the camp sporting a heavy brace on his surgically-repaired arm. He was in good spirits and laughing with the coaches and campers. 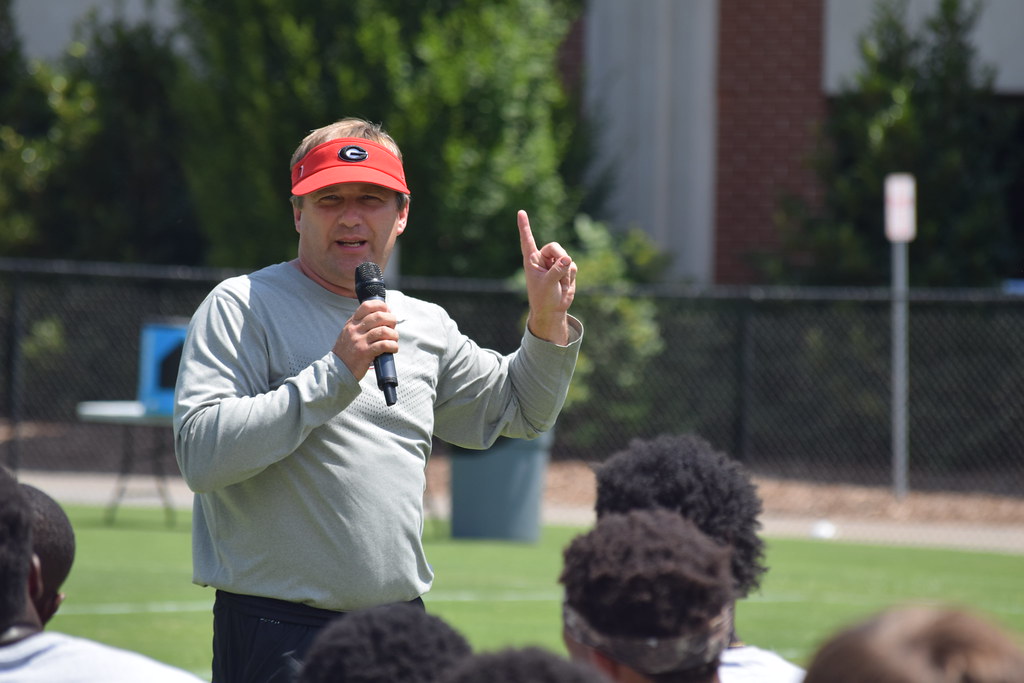 Jeff Sentell covers UGA football and UGA recruiting for AJC.com and The Atlanta Journal-Constitution. Follow him on Twitter for the latest on who’s on their way to play Between the Hedges. Unless otherwise indicated, player rankings and ratings are from the 247Sports Composite.

We have a new way to comment on our DawgNation stories. To do so, you must be a registered user on the DawgNation forum. If you haven’t registered, please go to the Forum homepage on DawgNation and look for “register” on the right side.
Jalon Walker
Salisbury, Class of '22
Salisbury, North Carolina
MLB
6-2.5, 225 pounds
Committed: